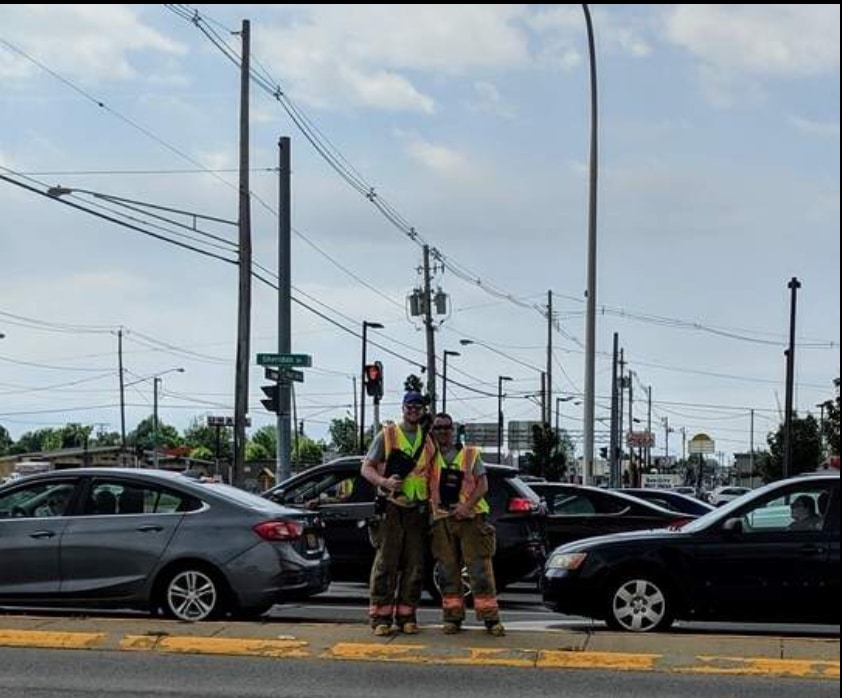 It all started with a wish.
Timmy, a little boy from the Buffalo region, was a child battling cancer when he wished to thank the first responders of 9/11. So Make-A-Wish sent him and his family to New York City, and were able to work with the New York City fire departments to be sworn in as an honorary NYC firefighter.
After coming home on a Thursday, he rang a bell the next day to signify the end of cancer.
“Wishes are so important because they are life-changing and really help children heal in their medical battle,” said Kate Glaser, senior manager, marketing, communications and community engagement for Make-A-Wish Western New York. “A lot of people assume that we grant wishes for kids who are terminal. That is a huge misconception. It’s any child with a critical illness.”
Four fire companies in Orleans County are coming together on Sept. 7 in support of Make-A-Wish’s 25th anniversary.
“It’s our first year,” said Tim Petry, president of the Shelby Fire Company, adding he was inspired by Timmy’s story after seeing it on Facebook. “We saw on Facebook it was their 25th anniversary and got together and decided to do a boot drive.”
The fire companies do a boot drive every year, usually in May, but this will be the first time they will be doing one for Make-A-Wish. The four fire companies which are participating are Shelby, East Shelby, Ridgeway and Lyndonville.
They are also represented by Assistant Chief Kristin Mcadoo of the Ridgeway Fire Company, Assistant Chief Debbie Taylor of the East Shelby Fire Company, and Fire Chief Ben Bane of Lyndonville.
The fire companies will be out on Sept. 7 between 9 a.m. and 1 p.m. at Routes 63 and 31A in Medina and Routes 63 and 104 in Ridgeway collecting money. Petry said they already got a bucket donation from Ace Hardware in Medina and Avanti Pizza and Mark’s Pizza has donated them pizza for lunch.
There will also be a Radiothon on Sept. 12 and 13, where people can also donate at wishesrock.com.
All the money raised directly impacts Western New York wishes, which transforms the lives of more than 125 children.
Make-A-Wish works with medical professionals and assign two volunteers to each Make-A-Wish child. Glaser said they then go and interview the child to see what they want as a wish before getting to work.
“So we always have a need for more dollars, more supporters, more people who can donate their services,” she said. “It could be a hair salon that gives a child a makeover prior to a concert. It could be a contractor that helps us with a backyard pool wish. There are so many ways for community members to get involved in Make-A-Wish.”